This Article has been written by  Gavin Haines and publish in Positive News April 1, 2019 supported by Simple

It’s cool to be kind, but is it a trend or a real tool for transforming society? We uncover the role of kindness in being human and how to bring more of it into the world.

It was a quarter to midnight and Bernadette Russell was about to go to bed. But her hopes of an immediate date with the duvet were dashed when her partner asked a question: had she done her daily act of kindness?

Weeks earlier, Russell, an author, had pledged to do something altruistic every day for a year because she didn’t know what else to do in the face of “all these troubles”. It was 2011 and she was referring, among other things, to climate change and the London riots, which had recently happened on her doorstep and left her deeply saddened.

It was a mission that had hitherto seen her slip £5 notes into books in Waterstones, give flowers to checkout assistants in Tesco and write letters to lonely pensioners. But on the day in question, she’d forgotten her act of altruism and the clock was ticking. Russell had to think fast.

“I went to a phone box near to where I live, cleaned it up a bit and left a little pile of money inside with a note that read ‘please phone somebody you haven’t spoken to for a long time, and who you love’,” recalls Russell. “I left some biscuits, too.”

She didn’t always witness the outcome of her deeds, but when she did, the impact could be profound. Like when she wrote a supportive letter to a downhearted acquaintance, who was feeling low. “He told me the letter was a turning point,” says Russell, who penned The Little Book of Kindness: Everyday Actions to Change Your Life and the World Around You about her experiences. “We’ve since become good friends.”

The project, which was supposed to last 12 months, also proved “transformative” for Russell, hence why, eight years on, she’s still doing it. “I’ve got back more than I’ve given,” she says, claiming that her kind acts lifted her on gloomy days and helped to quell her anxiety about the state of the world.

"The kindest things we can do for each other right now

is to be present."

Evidence suggests that improved mood is a common side-effect of being kind. Various studies attribute altruism with releasing endorphins in the ‘reward’ part of our brains. Experts at Oxford University carried out a meta-analysis of such research last year and lent their support to the idea that altruism gives us a mental boost.

“We found that helping does seem to have a causal effect on happiness,” says Dr Oliver Scott Curry, senior researcher at the Institute of Cognitive & Evolutionary Anthropology, who led the research.

Other studies link kindness with improved physical health. Researchers at the University of North Carolina in the US connect altruism with increased activity in the vagus nerve, which helps the body fight diabetes and heart disease.

For Russell, though, there was one unwelcome side-effect: kindness left her skint at first. “I spent a lot of money in the first year, which wasn’t sustainable,” she says, claiming she threw “too many fivers around in Waterstones”.

This, she now acknowledges, was also not what kindness was really about and has since thought more holistically about altruism, building it into her everyday life. She tries to be kind as a matter of routine – to herself, to others and to nature. Russell now regularly volunteers for the charity Trees for Cities, for example, planting saplings in her native city of London.

Like mindfulness, kindness has become a popular trend in recent years. A raft of books, including Russell’s, have been published on the topic and various organisations – including Kindness UK, The Kindness Offensive and Compassion in Politics – now promote altruism in some form or another. There is also 52 Lives, a charity that was set up to change someone’s life for the better every week of the year. ‘It is based on the simple premise that people are good,’ goes the project’s strapline. ‘And lots of good people working together can achieve amazing things. We believe that kindness has the power to change lives.’

But are we inherently kind? Watching the mainstream news may lead us to believe otherwise. “Humans are a social species and have lived together in social groups for millions of years and, during that time, we’ve relied on each other to survive and thrive,” assures Dr Curry. “It’s a very deep-seated, ancient impulse to work together. Kindness is a way of unlocking the power of cooperation.” Robin Banerjee, professor of developmental psychology at the University of Sussex, agrees, but adds that kindness is “not black and white”. We have the capacity to be kind and unkind, and there is also a question of perception.

A bit of a minefield, then. But still, Jaime Thurston – author of Kindness: The Little Thing That Matters Most, and the founder of 52 Lives – reckons that the kindest thing we can do for each other right now is to be present.

“I fear there is a lot of disconnection at the moment,” she says. “People spend a lot of time looking at their phones while they’re supposed to be talking to each other or going out for dinner – I think that’s one of most unkind things you can do.”

Thurston is an advocate of factoring kindness into everything we do, whether that’s looking at ourselves in the mirror – scanning for good points rather than bad – or interacting with others. “I think it’s important to see kindness as a thread that runs through our whole life rather than little acts of kindness,” she says.

"Kindness is about showing empathy,

According to Dr John and Julie Gottman – founders of the Gottman Institute, which studies relationships – all successful relationships are, ultimately, underpinned by kindness. What’s more, the most important time to be kind they claim, is during conflict, such as an argument with a partner. This is also the hardest time to be kind.

“Kindness is about showing empathy, acceptance and tolerance,” explains Lawrence Stoyanowski, a Vancouver-based therapist, who follows the principles set out by the Gottman Institute in his work. “It’s about being able to scan your partner for things to appreciate rather than criticise.” Jaime Thurston: ‘It’s important to see kindness as a thread that runs through our whole life’

The Gottman school of thought posits that kindness shown during conflict leads to a de-escalation of tensions and a more satisfactory outcome for all parties. “You will not get people to accept your influence if you do not show kindness,” says Stoyanowski. “As soon as we’re tearing each other apart and going for the throat, no one ever changes their mind.”

So, looking at the challenges we face – from climate change to Brexit – we’re going to need people to be capable of changing their minds.

Kind inside: what research reveals about how kindness affects our lives 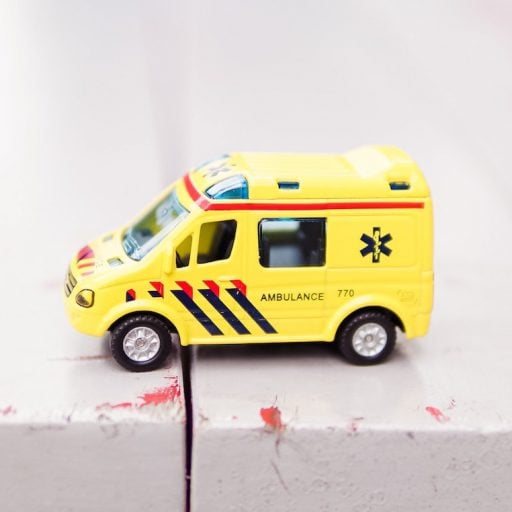 1. Kindness can accelerate the healing process

Healthcare delivered with kindness can hasten healing and shorten hospital stays. Those were among the findings of a 2014 report by Dignity Health – a US healthcare company – and Stanford University Center for Compassion and Altruism Research and Education, which reviewed scientific literature about the role of kindness in healthcare. The review linked kinder care with better information sharing, which led to a range of outcomes, including reduced pain, anxiety and blood pressure. The study suggested that ‘kind’ hospitals didn’t just benefit patients: caregivers were also found to be more resilient. 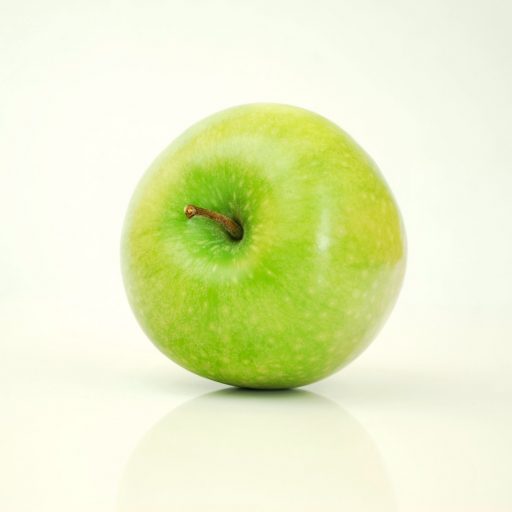 Having positive interactions with others can help fight disease, reckons experts at the University of North Carolina. In 2013, researchers there placed volunteers into two groups: an intervention group, which promoted positivity through loving-kindness meditation, and an untreated control group. Those in the intervention group reported an increase in positive emotions, compared to those in the control group, which researchers linked to a boost in their ‘vagal tone’. The vagus nerve regulates blood sugar and so helps the body prevent diabetes, strokes and heart disease. 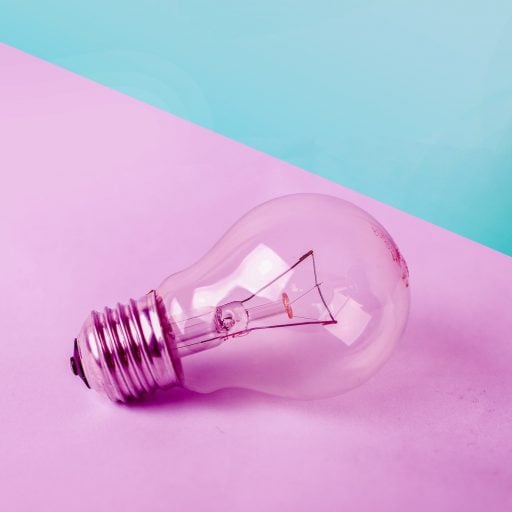 3. Altruism stimulates the reward area in our brains

A recent study by the University of Sussex found that being kind, even when there seems to be nothing in it for us, activates the endorphin-releasing reward part of our brains. Psychologists analysed existing research relating to the brain scans of more than 1,000 people as they made ‘kind’ decisions. Researchers separated kindness into two forms: strategic, where someone expects something in return, and genuine, where they don’t. The reward area of the brain was found to be more active during acts of strategic kindness, but pure altruism also appeared to fire up our grey matter, suggesting that we get high on being kind. 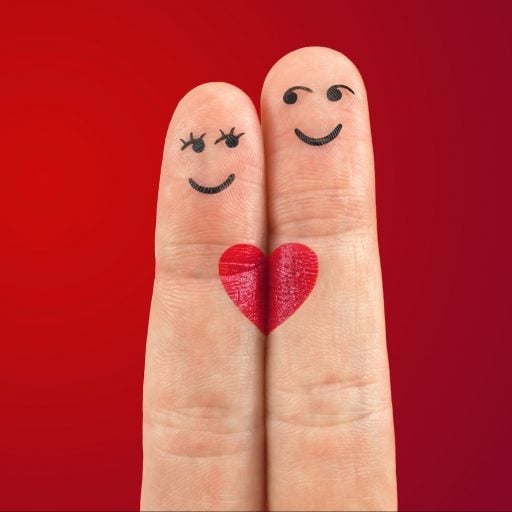 4. Kind couples are more likely to go the distance

The US psychological researcher Dr John Gottman claims that all successful relationships are underpinned by kindness – and that the most important time to be kind is during an argument. Dr Gottman claims he can predict, with 90 per cent accuracy, whether a relationship will succeed or fail based on a couple’s ability to manage conflict. The Gottman school of thought believes that kindness is not something you either have or don’t, but more like a muscle that needs to be exercised. 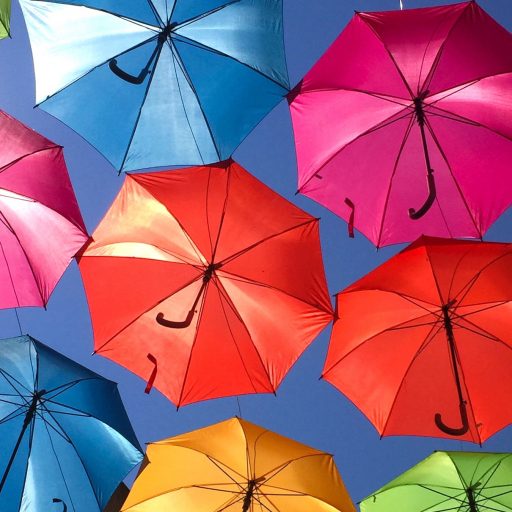 A 2018 report by the Carnegie UK Trust reported what many of us sense: that kindness is lacking from our systems-based approach to public policy. The report, Kindness, Emotions and Human Relationships: The Blind Spot in Public Policy, finds that as technology transforms the way we do things, it is imperative that public policy focuses on emotional intelligence. The trust is currently working with North Ayrshire Council in Scotland to use kindness to help tackle poverty.